Houses and apartments for sale : Cachoeiras

2 bedroom apartment in Castanheira do Ribatejo.

Apartment of 3 rooms, sold in the current state of conservation, located in Castanheira do Ribatejo, near several services. It's a third floor in a building with no elevator. The apartment consists of living room, kitchen, 2 bedrooms, 1 bathroom and balcony. Easy parking, with good access to the A1 motorway and train station. Schedule your visit now! Telma January Phone: 937'837'006 Energy Rating: C #ref:APA_3280
2 bd 599 sqft Cachoeiras

Totally new apartment, with custom made kitchen and equipped with hob, oven, hood; false ceilings in plasterboard with built-in LED lighting; new window frames with double glazing and electric blinds; 3 bedrooms with floating floors; placement of mosaic in the rest of the apartment; plumbing and fully verified electricity; 2 bathrooms with poliban; high-security armored door placement. Duplex apartment of 4 rooms, located in a 'reserved' area in the center of the village of Castanheira do Ribatejo, with surrounding green spaces for good walks. playground and outdoor exercise machines, 5m from the Basic School of Quinta da Cevadeira (Kindergarten and 1st Cycle) and 10m from the Basic School D. António de Ataíde (1st, 2nd and 3rd Cycle) (Host School). Proximity to services (Banks), local commerce, supermarkets and hypermarkets catering and public transport (CP railway station at 10m). The apartment has good sun exposure and quite easy parking outside and good access to the A1 and N10 Energy Rating: D #ref:APTMB156
3 bd 1,745 sqft Cachoeiras USD 1,667,313
Plot of land with 11,000m2 located in with approved project for a total of 69 fires and 2 commercial spaces. Gross Construction Area (Housing) : 9.026 m2Gross Construction Area (Services) : 4,153 m2The land is inserted in the parish of Castanheira do Ribatejo, this being one of the eleven Parishes of the Municipality of Vila Franca de Xira, being limited by the Parishes of Carregado a Norte, Vila Franca de Xira a Sul, Cachoeiras to the west and also in its riverside area to the east, by the Tagus River. The parish has a total of 17.2 km2 and is composed of castanheira do Ribatejo, Vala do Carregado and Quintas, has 5,971 registered voters, approaching at present the 10,000 inhabitants. Currently Castanheira do Ribatejo is quite marked by the presence of several manufacturing spaces and large warehouses. Namely the North Logistics Platform, created in 2008 in order to support the Metropolitan Area of Lisbon and the port of Lisbon. This platform is served by a network of road, rail and sea transport and its objective is a dynamic of the national/regional economy, since it connects international, national and regional logistics flows with the Lisbon and Tagus Valley region. In addition, this logistics platform extends the port hinterland, through the offer of logistics activities complementary to the port. The area of influence of this platform extends to 3.2 million people and 45 percent of national industrial GDP. The construction company of this platform is Abertis Logística. According to this company will be created 17 500 jobs, 5,000 of which are direct jobs. The platform has several logistics areas, such as: multifunction/multi-client, single-client, specialized and transformation. The platform also involves a maritime and rail intermodal terminal; business and vehicle support services; and business and trade areas. With the function of assisting the platform, the ribatejo chestnut railway station has a dual function of goods and passengers, with the possibility of a quadruple of the route all in a territory close to the platform. Nearby there is also:Health Center; Pharmacies, CTT;Several primary, primary and secondary schools; Leisure spaces such as: Playgrounds and libraries;Other Services: Bank branches, Municipal market, sports spaces, Volunteer Fire Stations., supermarkets (RECHEIO, LIDL, Mainland, etc.), Fuel Stations, Automotive Inspection Center and Restoration; Train station; Hospital de Vila Franca de Xira.Accessto Lisbon:Highways: A1 exit 3A and N1 km 5.2Railway routes: NorteLineRiver routes: Tagus RiverExcellent investment. Talk to us and learn more about project profitability. (ref:C0453-00001)
118,403 sqft Cachoeiras 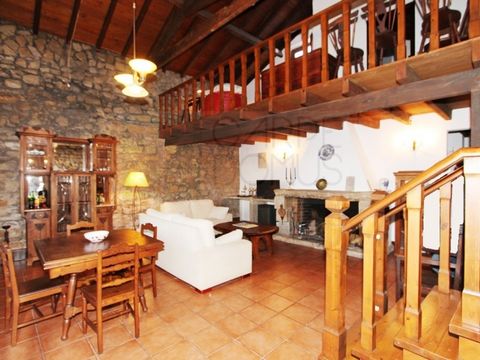 Rustic house with Cellar and Lagar fully rehabilitated with traditional materials. Consisting of 3 bedrooms (1 en suite), 3 rooms, 2 patios, terrace, Garage,... Located in waterfalls, historical village in the municipality of Vila Franca, with an admirable quality in the recovery, and integration of spaces. At 30 Km from Lisbon, 5 Km from the city centre of Vila Franca de Xira, and in the proximity of all major valences: Highway knots A1 (VFX and Carregado)-A10-(Laden and Arruda dos Vinhos); Rail and road transport; Hospital and Health Center; Opportunity to enjoy a unique quality of life, with good access, in a context of tranquility and conviviality with nature. Come and meet! Energy Rating: D #ref:CAS_2205
3 bd 3,724 sqft lot 4,080 sqft Cachoeiras 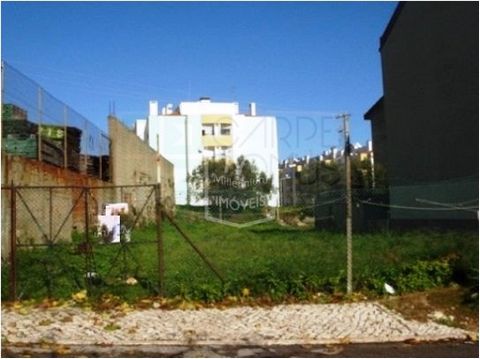 Land for construction of building, in Castanheira do Ribatejo. 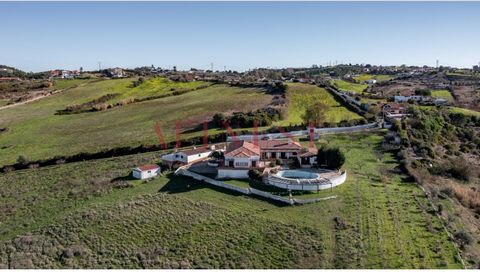