Houses and apartments for sale : Cinfães 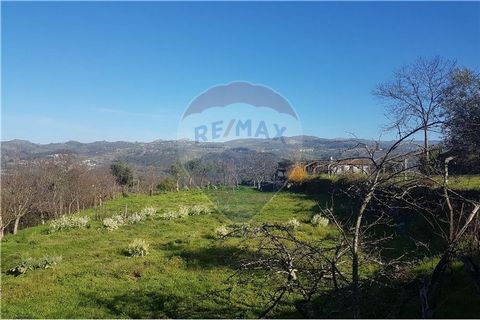 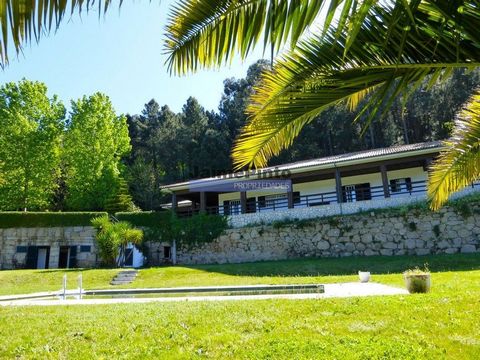 USD 661,702
COUNTRY HOUSE overlooking the Douro River. Portugal, CINFÃES, Douro. Ground floor villa, with 4 bedrooms, 390 sq. m., porch, integrated in a fenced farm of 14 000 sq. m., with swimming pool, garden, trees and wide views of DOURO RIVER. Ideal property for leisure, holidays, permanent residence or tourist accommodation. In a region with a strong presence of nature, with magnificent landscapes, near marinas, seaside resorts, the Douro Valley and is located about 1H15 from Porto Airport. JPP has experience and knowledge in selling to both English and French speaking buyers and can guide you in detail and in confidence throughout the entire visitation and purchasing process. Selling price: 650 000 €. Reference 8727.
4 bd 4,198 sqft lot 150,695 sqft Cinfães

USD 81,440
Quinta da Casa da FIGUEIRA is at one end of the former Quinta de Velude and is located in the Douro region - a geographical area marked by the beauty of the landscape, about an hour's drive from the city of Porto, where the International Airport of the Northern Region of Portugal and the Cruise Terminal is located, therefore endorsed with a great tourist potential. In the seven hectares of wooded land and with favorable sun exposure of Quinta de Velude, where fruit trees, chestnut trees and vineyards abound, there are several mines and water springs of excellent quality, several granite tanks and some buildings that can be recovered, namely: 5 dwellings - one of these with chapel - and a canastro (granary). These typical granite dwellings - including Casa da Figueira - despite the abandonment, attest to the good quality of its construction, carried out with stones taken from the site itself, where the rocky outcrops abound. Casa da Figueira is located on top of a set of six wooded terraces, defined by granite walls that descend to the said Chapel, but Quinta da Casa da Figueira has its own autonomy, being surrounded by old walls also in granite. Having preserved its identity over time, the set reveals the extraordinary history of this Quinta de Velude, whose origin dates back to the fourteenth century and the previous presence in this region of the first King of Portugal, D. Afonso Henriques, at the time of his adolescence, his aio Egas Moniz (buried in the Monastery of The Palace of Sousa) and his brother M Moniemz. The latter will have awarded the Morgado de Velude to the fidalgo Vasco Esteves de Matos, an Honor with extension to the Douro River, established in 1350. Since then the Quinta belonged to the families of the Morgados de Velude, founders of the former Chapel of St. Anthony (1388) and the Chapel of Pleasures (1618), later integrated in the transept of the current Mother Church of Cinfães. The idea underlying the rehabilitation of the whole presupposes the preservation of the atmosphere found, thus reinforcing the sense of place associated with the collective memory of the place. The tourist and agricultural farm of Quinta de Velude allows to enhance the whole by easing the housing conditions for their rental for short or long stays associated with the themes of Architecture, Gastronomy, Landscape and Wine - activities of great national and international prestige, with a recognition that has highlighted Portugal as a destination of choice.
lot 26,533 sqft Cinfães