Warehouse in the center of Fuseta - Olhão.

Warehouse in the center of Fuseta village with a bathroom and two rooms. area of 87 m2 and possibility to build a small building for application with two floors. It is located in the centre of Fuseta nearby cafes shops and the beach. Energy Rating: Exempt #ref:SALE-BF-2350
936 sqft lot 936 sqft Fuseta

Business, store in the center of Setubal in the historic district of Setubal, rua dr Paula Borba, area 20 m2 street corner with 2 windows, various shopping opportunities except catering, monthly rent of 180 euros / month, ideal for first installation, If you want to settle and create your own business this location is 5 stars, It allows to start an activity with a small monthly rent so very quickly profitable, moreover it is located 5 minutes walk from the beach. Setubal, 3 minutes from the Port, 3 minutes from the central street L'Avenue Luisa Todi, Feel free to contact me for a visit #ref:26745
215 sqft Setúbal

Pavilion for the mechanics or industry workshop, with office and other facilities. Public place. In very good condition. #ref:35735
25,833 sqft lot 27,986 sqft Silveira

Former Digital Printing Studio with Box for two Cars, 2 Bathrooms, Central Heating, in a great location overlooking the River, for any business and with the possibility of changing housing services, come and meet this great opportunity.

The Rural Hotel is a Tourist Resort in Rural Area with the capacity of 20 accommodation units, consisting of 16 double / twin rooms with wc and 4 single rooms with wc. It also has an accommodation unit for reduced mobility. Inside there is also a dining room with fireplace, bar, TV room, games room and library. Outside there are tennis courts, swimming pools, children's playground and a private chapel 'Chapel of St. Sebastian'. In the 6 hectares where the Rural Hotel is integrated, there are also 3 possible restoration buildings to increase the capacity of the unit for a greater exploitation of the rural tourism and to elevate the enterprise to a Hidromedicinal Estancia. (R.V) #ref:1288
20 bd 5,791 sqft lot 645,835 sqft Abrunhosa-a-Velha 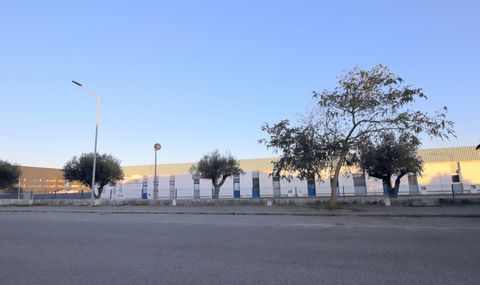 For further information, please do not hesitate to contact us.

Located in Seroa. For further information, please do not hesitate to contact us. We have 10 stores located all over the country, and more than 50 business and ready to assist you. (SU-NO115437)
Seroa

Commercial house - Restaurant or Bar - in the center of Armação de Pêra.

Shop for sale in Portimão on Encosta da Marina. Close to sea and the city centre. Portimão is a Portuguese city in the District of Faro, region and sub-region of the Algarve, with about 40,000 inhabitants. The city centre is situated about 1.2 miles from the sea and is an important fishing and tourism centre. It is home to a municipality with 182.06 km2 of area and 55,614 inhabitants (2011), subdivided into 3 parishes. The municipality is bordered to the north by the municipality of Monchique, to the east by Silves and Lagoa and to the west by Lagos; to the south, it has coastline sits in the Atlantic Ocean. In 1924, namely December 11, the 'new village' is elevated to the city by the then President of the Portuguese Republic, Manuel Teixeira Gomes. After the peak and fall of the canning industry in the 1950s to 1970s, the city observed a model of development of a tourist center, like the rest of the Algarve, presenting a wide offer in hotels, restaurants and local commerce. It has become a popular holiday destination, mainly due to the famous Praia da Rocha, and is also considered a city with great potential for lovers of thick fishing (e.g. swordfish), among other water sports such as jet skiing, sailing, windsurfing, diving and underwater fishing. In recent years, the mouth of the Arade River has been the scene of major events. It is also the place of the Portuguese competition of the international Formula 1 championship in motorcycles. Portimão is today a reference municipality in the Algarve. Anchor pole of the Algarve Windward, is distinguished by its tourist offer, its pulsar and dynamism, very own, and by a diversity of activities that make your day-to-day lived, at various levels, intensely and marked by a rhythm that is maintains throughout the year. Currently, Portimão is the 3rd port at the national level (just behind Lisbon and Funchal), which more passengers receive from cruise ships, thus reinforcing quality tourism in a municipality characterized by mass tourism. Headquarters of the Hospital Center of the Algarve Windwind and the International Racetrack of the Algarve, a city with capacity for evolution and services, headquarters of the regional sports direction of the Algarve, the largest multipurpose south of the Tagus, are some of the examples of the importance portimão represents for the Algarve. Ref.: 4370 #ref:NU_4370
969 sqft Portimão

Magnificent Commercial space in Tavira Huts Commercial surface with 90 m² ready to work in restoration, possibility of on the 1st floor create a second business Independent. The space has been completely refurbished and recently renovated, and has a room on the Ground Floor for 20pax plus 25pax on the 1st floor, where two bathrooms and a balcony are located. The terrace has a capacity of 25pax. The restaurant is fully equipped, and is a business that has been implemented in Cabanas de Tavira for several years successfully. Excellent business opportunity! SCHEDULE YOUR VISIT NOW! Equipment:  Vertical ark  Refrigeration  Camara Frigorifica duo  Showcase  Coffee machine  POS  Grill 1.20m  25l double fryer (gas and electric)  Dishwasher Energy Rating: In progress #ref:12328-3
883 sqft lot 484 sqft Conceição

Fantastic store in design, first finishes, Matosinhos Sul. A development next to the City Park and the Matosinhos Beach that will transform your way of life. In one of the most coveted locations of Porto, with all the quality of life the door: the gardens of the City Park, the coastal lanes, sea lurking, and much more. Elevators, central heating, electric shutters gas pipeline, video intercom, wardrobes, fitted kitchens, are just some of the excellent finishes provided in this building. Environments designed to provide maximum comfort to your family. Some apartments have views of the sea and the City Park. Development with shops and apartments T2 / T3 / T4 / T5. All apartments have a parking space. With regard to payment terms: • 20% Signal; • 10% Signal Reinforcement with the completion of the reinforced concrete structure; • 10% Signal Strengthening with the completion of the frame; • Remaining in writing. Prediction beginning the final works of September 2019 with an estimated duration of 15 months. Do not miss this opportunity. Call now for more information !! (*) Due to the recent amendment of the legislation on energy certification of buildings (Decree-Law no. 118/2013, of 20 August) and the large number of ongoing processes, the energy certificate of this property has already been requested, but is is under review and development by the competent authorities. Energy Rating: In progress #ref:LOJ_1484 (2)
592 sqft Leça da Palmeira

Fantastic Shop with Páteo in Chiado.

Fantastic Shop with Páteo in Chiado. Excellent location, with access by Garrett Street. Shop in open space but with possibility to make 4 distinct environments, with two bathrooms, small warehouse and dressing room area and still have access to the page with the possibility of making terrace. In one of the most prestigious areas of Lisbon, excellent opportunity! Energy Rating: C #ref:LOJCG002
1,012 sqft Lisboa
FRANÇAIS ESPAÑOL PORTUGUÊS РУССКИЙ
ITALIANO ENGLISH DEUTSCH