Houses and apartments for sale : Pedralba 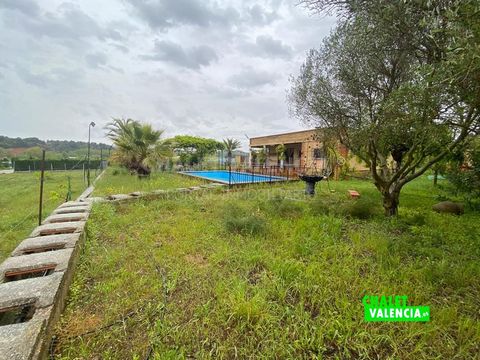 Villa with electricity and drinking water supply 1km from Pedralba.

Villa with a plot of 5890m2, very close to the town of Pedralba, ideal as a farm for cultivation, with electricity supply, drinking water and irrigation water. The villa is located in a quiet area, 30 minutes by car from the city of Valencia and with a paved road to the door. Main house of 115m2 with covered terrace, living room with fireplace, kitchen, 5 bedrooms and 1 bathroom. Opportunity.
5 bd 1,830 sqft lot 63,399 sqft Pedralba 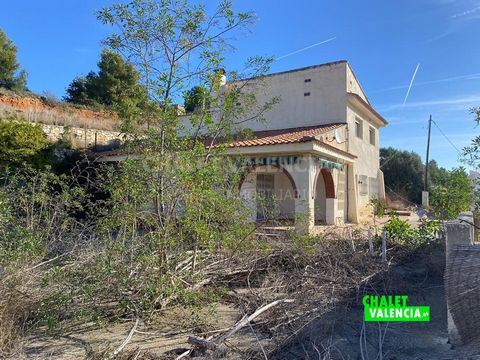 Villa to reform in the urban area of Pedralba.

Villa to reform in the same town of Pedralba, close to all services, 30 minutes by car from the city of Valencia. 620m2 urban plot with beautiful views, paellero, large garage and storage area. The main house has 200m2 built on 2 floors, with 6 bedrooms, 2 of them small, kitchen, 2 bathrooms and living room.
6 bd 2,476 sqft lot 6,674 sqft Pedralba 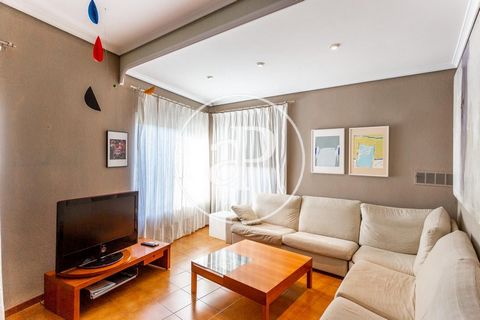 Superb 3 Bedroom Villa in Pedralba Spain Euroresales Property ID – 9824990 Property information: This property is an excellent 3-bedroom villa located in Les Mallaes, Pedralba, Valencia, Spain. The property includes 3 bedrooms, 1 bathroom, lounge and kitchen area. The property also includes a superb private pool which provides an excellent area to cool down on hot sunny days. There is also a private patio area beside the pool which provides a wonderful area to spend time and relax. Also included is a complete solar system and a log burner in the lounge area. The property offers panoramic views of the beautiful Spanish countryside and mountains in the distance. The furniture in the property is negotiable, however, all white goods are included in the sale. Other Information: Total Floor Size – 136 metres squared Pool size – 15x30 metres About the Area: Valencia is a province of Spain, in the central part of the Valencian Community. Of the province's 2,547,986 people, one-third live in the capital, Valencia, which is also the capital of the autonomous community. There are 265 municipalities in the province. The province of Valencia, like the rest of the region, is mountainous in the interior, particularly in the north and west, with the Sistema Central running from north to south and the foothills of Andalusia from west to east. These mountainous interior features deep and steep valleys formed by the major rivers running through it. The València plains are known for their olive, mulberry, ilex, algaroba, orange, and palm trees, with the appearance of an "immense garden". Such is the fertility of the soil, that two and three crops in the year are generally obtained, and the greater part of the land returns eight per cent. The rice crops are the most valuable, and are chiefly produced in the tract which is irrigated by the Albufera, a large lake in the neighbourhood of València. Valencia has a subtropical Mediterranean climate with short, very mild winters and long, hot and dry summers. Its average annual temperature is 18.4 °C 23.0 °C during the day and 13.8 °C at night. In the coldest month, January, the maximum temperature typically during the day ranges from 14 to 21 °C, the minimum temperature typically at night ranges from 5 to 11 °C. Valencia is known for its gastronomic culture. The paella was born in Valencia; Other traditional dishes of Valencian gastronomy includes "fideuà", "arròs a banda", "arròs negre", "fartons", "bunyols", the Spanish omelette, "pinchos" or "tapas" and "calamares".
3 bd Pedralba
NO PHOTO
We see so many of these villas, like this one here just a couple of kilometres from Pedralba. And if you've been looking for awhile you will have too....
USD 158,645
We see so many of these villas, like this one here just a couple of kilometres from Pedralba. And if you've been looking for awhile you will have too. And to a certain extent they start to look similar, so what to look for, what sets a good one apart from a bad one?. . Well, remember this - Pool, Kitchen, Toilets and Utilities, or PoKiToUt, as we know it as in the trade.. . Pool - is it green and scummy or blue and glittery? Pretty obvious this one. Kitchen - does it look taken care of and clean, or more like a student bedsit, the gas cooker mainly used to light cigarettes. Toilets - happy to sit back comfortably, or more a perch and hover, train station toilet vibe?. Utilities - does it have mains power and water?. . In the case of this property, I think we can agree it passes the test, beautiful pool, decent kitchen and bathrooms and it is connected to the public power and water systems.. . So as you look for that perfect house, remember the next time you're feeling frustrated - PoKiToUt!. Unsure if that agent is taking you seriously? PoKiToUt. . Afraid you'll never find that happy ending? - Yes, PoKiToUt!. Nobody will ever look at you the same way again.
3 bd 1,184 sqft lot 27,211 sqft Pedralba
Create a property alert
Your search criteria:
FRANÇAIS ESPAÑOL PORTUGUÊS POLSKI NEDERLANDS ROMÂNĂ
ITALIANO ENGLISH DEUTSCH SVENSKA РУССКИЙ