Houses and apartments for sale : Saint-Gilles-Pligeaux 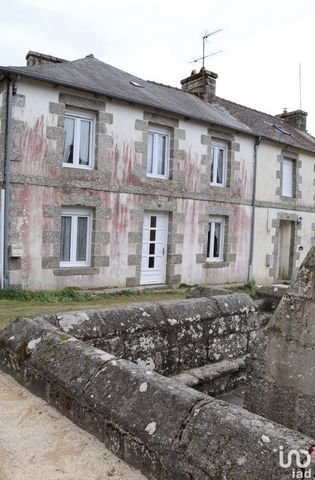 Beautiful Ensemble of Two Houses For Sale in France.

Beautiful Ensemble of Two Houses For Sale in France Euroresales Property ID- 9825497 *Photos of Second House will be added soon* *BOTH HOUSES WILL BE IN NEED OF TOTAL RENOVATION* Property Information: This is an ensemble of 2 beautiful old typical Breton houses.No 4 and 5. It is in a small village with a shop,pub,school,nursery.It is set in the heart of a friendly village ,one side of the house overlooks the ancient church ,the other overlooks houses and farmland and hills.There is a small overgrown garden to the rear of the property. No 4 has a large beautiful working fireplace made of local granite. Wooden stairs that lead up to two bedrooms that overlook the church,the larger bedroom has a fireplace,the smaller has stairs leading to an attic .The attic space is very large. Both house require complete renovations,but for someone able to do so they will be able to provide a beautiful home in keeping to the character of such a pretty house.The second house adjoins ,it has a door with old rot iron design of character and age,there is a fireplace and Windows that face both sides of the building.The wooden floor requires replacing.There are stairs that lead both upstairs to 2 other rooms and a massive attic space and stairs that lead down to a cellar. It is half way between Rennes and Quimper airports,it is nearby many local attractions,such as the beautiful beaches at Pordic or the harbour life at Binic,Guingamp is nearby pretty town and actually there are many towns and villages within easy reach,the countryside is beautiful and there are many good places to eat. About the Area: Brittany is a cultural region in the west of France, covering the western part of what was known as Armorica during the period of Roman occupation. It became an independent kingdom and then a duchy before being united with the Kingdom of France in 1532 as a province governed as if it were a separate nation under the crown. Brittany has also been referred to as Less, Lesser or Little Britain (as opposed to Great Britain, with which it shares an etymology). It is bordered by the English Channel to the north, Normandy to the northeast, Pays de la Loire to the southeast, the Bay of Biscay to the south, and the Celtic Sea and the Atlantic Ocean to the west. Its land area is 34,023 km² (13,136 sq mi). Brittany is the site of some of the world's oldest standing architecture, home to the Barnenez, the Tumulus Saint-Michel and others, which date to the early 5th millennium BC. Today, the historical province of Brittany is split among five French departments: Finistère in the west, Côtes-d'Armor in the north, Ille-et-Vilaine in the northeast, Loire-Atlantique in the southeast and Morbihan in the south on the Bay of Biscay. Since reorganisation in 1956, the modern administrative region of Brittany comprises only four of the five Breton departments, or 80% of historical Brittany. The remaining area of old Brittany, the Loire-Atlantique department around Nantes, now forms part of the Pays de la Loire region. Contact Euroresales Ltd for more information.
4 bd Saint-Gilles-Pligeaux
Create a property alert
Your search criteria:
FRANÇAIS ESPAÑOL PORTUGUÊS POLSKI NEDERLANDS ROMÂNĂ
ITALIANO ENGLISH DEUTSCH SVENSKA РУССКИЙ