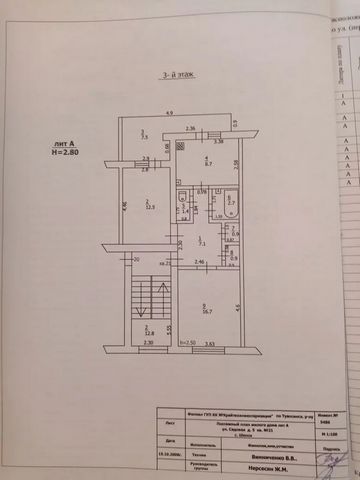 Elite Estate House For Sale in Krasnodar Territory Russia Euroresales Property ID- 9825532 Property Information: For sale is an elite homeownership located on a picturesque slope, in a forest, near the village of Olginka, Tuapse District, Krasnodar Territory. The village of Olginka is deservedly one of the best resort villages in the Tuapse region, famous for its favorable climate, as well as for the amazing beauty of the southern forests, mountains and gorges. The home ownership complex includes a residential cottage (642.4 m2), a guest house (238.3 m2), a house for security and personnel (118.2 m2), a stable, a recreation area with an outdoor pool (size 9x17 m), a helipad on a separate land plot of 5000 m2. The architecture of the complex and interior design is made in the best traditions of a country estate, designed in the same style. The decoration used only the best finishing materials of the highest quality from leading manufacturers in Europe. The residential building has four bedrooms with individual bathrooms and dressing rooms, a spacious kitchen-dining room, living room, fireplace room, study. The separate wellness zone contains a swimming pool (size 5x12 m), a gym, a steam room. The guest house has three rooms, a kitchen and a bathroom. Uninterrupted life support of the house is provided by modern equipment, as well as its own electrical substation, tanks for fuel with a volume of 19 m3 and for drinking water with a volume of 29 m3. The size of the land is 8560 m2. The territory is superbly landscaped. Professional drainage systems are mounted. Around the perimeter of home ownership, round-the-clock video surveillance and security is in progress. gym, steam room. About the Area: Krasnodar is a city in Southern Russia. It has a total area of 339.31 km2 (131.01 sq mi). It is the largest city and capital of Krasnodar Krai by population and the second-largest by area. It is the 17th-largest city in Russia as of 2010. It is located on the right bank of the Kuban River. It is cvt|1300|km}} south of the Russian capital and largest city Moscow. The Black Sea is just 120 km west of it. Along with surrounding areas it forms the Krasnodar City District. It is also referred to the "Southern Capital of Russia". Krasnodar is located in the southern part of the East European Plain in the Prikubanskaya Plain at the center of the Krasnodar Krai, in the southern part of the Prikubanskaya Plain, in the valley of the Kuban River (on the right bank), that is, geomorphologically – on the West Kuban alluvial and proluvial plain, on the second terrace above the floodplain. The elevation of Krasnodar is low, with an even slope to the north-west. The elevation is 19 metres above sea level. The latter has a sublime hollow-relief relief and is dissected by numerous left-bank channels of the Kuban River. The Kuban itself bends around the city from the south and southwest, forming a wide (up to 15 km) trapezoidal shape at this place; the right bank is steep and high (up to 12 m), the left one is low and sloping. The width of the Kuban riverbed within the city is about 150 meters, the depth is from 1.5 to 6.5 metres. Geographical coordinates: 45 ° 02 ′ north latitude, 38 ° 59 ′ east longitude. From north to south (within the city limits) Krasnodar stretches for 20.6 km, and from east to west for 30.1 km. Contact Euroresales Ltd for more information.
lot 5,920,151 sqft Ol'ginka
NO PHOTO
the total land area 981kv meters, economy class hotel with rooms in 2 floors + attic, the House + zakusačnaâ, House in quiet location, Garden, car-par...
USD 374,654
the total land area 981kv meters, economy class hotel with rooms in 2 floors + attic, the House + zakusačnaâ, House in quiet location, Garden, car-parking, beach 7min.!Torg!
Dzhubga
Create a property alert
Your search criteria:
FRANÇAIS ESPAÑOL PORTUGUÊS POLSKI NEDERLANDS ROMÂNĂ
ITALIANO ENGLISH DEUTSCH SVENSKA РУССКИЙ