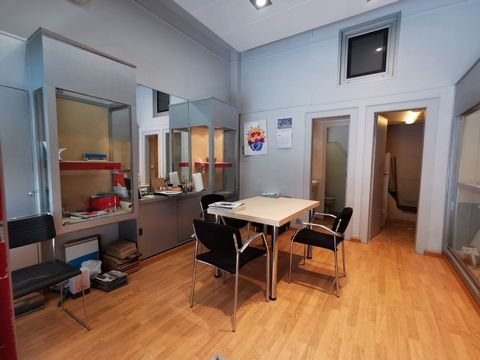 USD 155,003
USD 144,669
Interesting place in C / Laforja, in front of Plaza Cardona, very busy area of the neighborhood, with abundant pedestrian crossing. The premises are distributed on the street floor with a showcase of almost 3 meters. The place is a diaphanous room destined to serve public of about 18 m2 with great height (3.20 meters), next to it, a toilet and access with stairs that access the loft of a height of 1.65 meters ideal for storage. To the rental price must be added 50 eur./month of repercussion of community expenses and IBI. Very functional and practical premises ideal for small shop or professional office.
355 sqft Barcelona 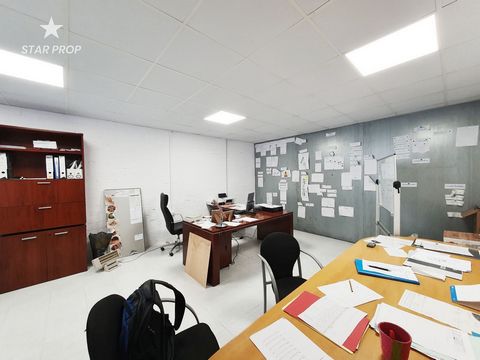 USD 137,436
This premises consists of 91m2 built and 80m2 useful according to cadastre. It is divided into three rooms, two of them diaphanous. At the entrance of the premises we have a waiting room and some desks in the back. The second room is larger than the previous one. The third room, the smallest, is used as a study. There is a small toilet. The place is ideal for office use, office, dance school, music or audiovisual studio. It is accessed from the street, it is in the interior part of the farm. There is the possibility of buying a parking space with the premises (€25,000). The place is very well located, it is located in the area of ​​Les Corts, two minutes from Av. Diagonal, Corte Inglés and Travesera les Corts. It is located near metro stations: Les Corts and María Cristina, CURRENTLY RENTED UNTIL APRIL 2025 WITH MONTHLY RENT OF €500
980 sqft Barcelona USD 360,640
Excellent commercial premises at street level, it has 247 m2, with a façade of 9 linear metres, and a height of 2.80 metres, it is distributed in two offices, a reception, two storerooms, a toilet room. It should be noted that most of the divisions that it has can be eliminated, to achieve a more diaphanous premises. Given its characteristics, it is ideal to develop any type of activity, either as premises or as an office or a combination of both. It also has a bathroom for people with reduced mobility, it does not have a smoke vent, it has air conditioning and heating. Wardrobes Furnished Could be Office Air conditioning Wheelchair accessibility Fitted kitchen *Location* Poblenou was an industrial district in Barcelona, but recently the district is becoming a beautiful and young place to live. El Poblenou is a comprehensive district with trendy cafes and tapas bars on the Rambla del Poblenou, as well as refurbished factories that house technology offices and design exhibitions. Among the places of interest near the Plaza de las Glories Catalanas are the Els Encants market, the futuristic Design Museum of Barcelona and the Torre Agbar skyscraper, designed by Jean Nouvel. From the building you can walk or bike to Bogatell beach, full of ice cream stalls, and very popular for beach volleyball. Located in the area of Poblenou, 22@ near Can Felipa, an area of great tourist and commercial interest, nowadays it is the technological area par excellence of Barcelona. It is surrounded by restaurants and bars. Excellently communicated by the Line 4 of the metro, with different bus lines that go to any point of the city, close to the Rambla de Poblenou.
2,648 sqft Barcelona 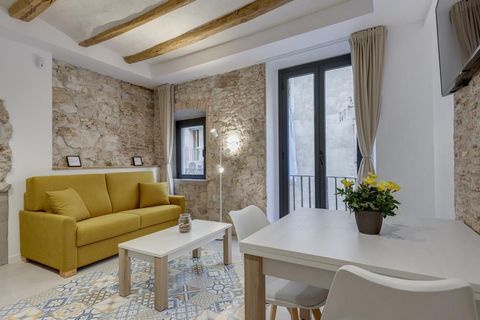 USD 1,808,365
MYLIFE Real Estate presents this great investment opportunity located in one of the most profitable areas of Barcelona, El Born. Building Description The building has 6 floors, one per floor, completely renovated in 2020, with an area of between 35m2 and 40m2. The ground floor and the attic are different, the latter having a terrace of 8 m2. Fully designer floors. Sofas, cabinets, beds, curtains... designed for these apartments. All floors have: comfortable and spacious beds, AC/heater, alarm, oven, refrigerator, dishwasher, microwave... The building has been totally rehabilitated in 2000 and an elevator has been installed. The yield is about 7000 euros per month. The current tenants have temporary contracts. old city Ciutat Vella is the historic center of Barcelona and occupies a small territory of about 500 hectares. To know Ciutat Vella is to know the origins of Barcelona, a capital that until the middle of the 19th century lived enclosed in its medieval walls, which roughly followed Avinguda del Paral lel, Ronda de Sant Pau, Ronda de Sant Antoni, Calle de Pelai, the Lluís Companys promenade and the Ciutadella park. Of the set of these walls, demolished in 1854, the only fragment that remains standing is the one associated with the medieval shipyards (Les Drassanes, current Maritime Museum), in the so-called Portal de Santa Madrona. Ciutat Vella is made up of four large neighbourhoods. In the center is the Barri Gòtic, Barcelona's oldest urban fabric. To the east, on the other side of Via Laietana, Sant Pere, Santa Caterina and la Ribera —where the Born is located— and which are the medieval extension of the Gòtic. To the west, on the other side of La Rambla, is El Raval, which was born from the rural roads outside the city walls and was the cradle of the Industrial Revolution of the 19th century. And to the south, Barceloneta, the seaside neighborhood built in the 18th century to relocate those displaced from Ribera by the construction of Ciutadella, a military fortress. The urban fabric of this district, irregular and motley, as if it were a palimpsest, accumulates the traces of the last two thousand years of history, from the Roman Barcino to the multicultural and avant-garde Barcelona of the 21st century, passing through the Barchinona of the Middle Ages, a set of extraordinary monumental, cultural, gastronomic, artistic and street attractions that should be savored without haste.
2,799 sqft Barcelona 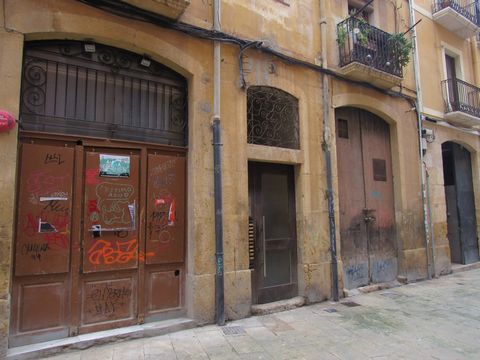 USD 191,170
IDEAL INVESTORS. This place consists of 161m2 built and 150m2 useful according to cadastre. It is a ground floor, the premises are accessed from the street and it is an all diaphanous and long space. At the end of the premises we have three spaces; one used as an office, there is an interior patio and a toilet. It is located right next to Rambla Badal, two minutes from Carretera de Sants, and next to the L1 Mercat nou metro. Close to all kinds of services. We attach plans with construction project for housing.
1,733 sqft Barcelona 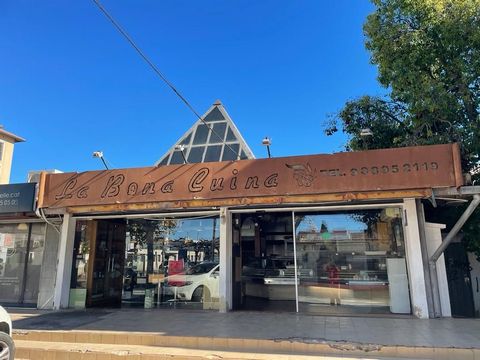 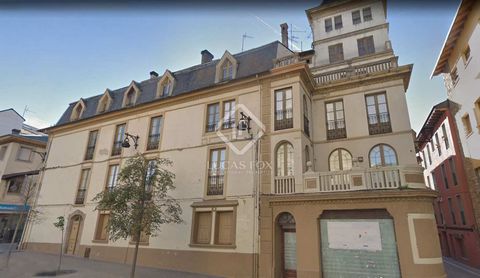 USD 2,066,703
USD 1,834,199
Emblematic building located in the centre of Puigcerdà. The building has 5 floors with an area of 1,050m2 and is ideal for building a hotel or apartments. The ground floor is distributed in three commercial premises and a house. Two of these premises have an access to C / Major and one premises and the house have it in the same square. On the first floor we find six rooms equipped with a complete bathroom, one of them has a terrace overlooking the Plaza. On the second and third floor there are two complete houses. And on the top floor there are storage rooms that can be used as a home and on this floor there is a two-story lookout tower. In the basement the stores of the shops are located. Currently all stations are unoccupied.
10 bd 11,302 sqft Puigcerdà 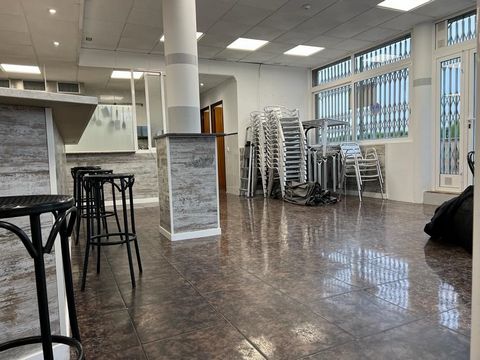 Premises for sale in Santa Margarida I Els Monjos. USD 3,616,730
Building for sale, located in a central area of Barcelona, about 200 metres from Sants railway station. Area with all necessary amenities and excellent transport connections. Year of construction - 1900 Total built area - 1.052 m2 Plot area - 319 m2 Ground floor + 4 Floors There are 10 apartments and 2 storage units, plus land for possible construction of 3 more apartments (ground floor + 2). All flats are completely renovated and rented with term contracts. * The photo does not correspond to reality.
11,324 sqft lot 3,434 sqft Barcelona 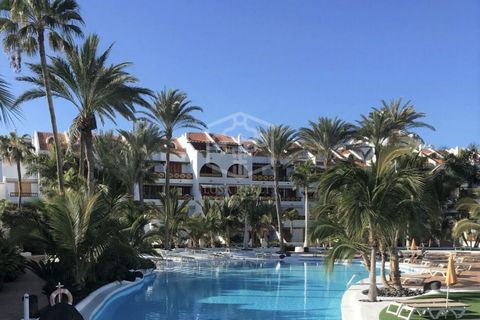 USD 5,166,757
Modern and comfortable 3-star hotel for sale located in Lloret de Mar, a famous and popular town in Costa Brava with great tourist and commercial development, full of shops, bars and restaurants. Situated in a quiet area, only 80 meters from the sea and very close to the main tourist attractions of the town. 20 minutes from Girona airport and 70 km from Barcelona. Total area - 3.303 m2 Plot area - 2.012 m2 Divided into 5 buildings, destined to hotel and auxiliary facilities, and organized over basement, ground floor and 4 floors. There are 76 rooms with private bathrooms, air conditioning, heating, television and phone. There is also a restaurant, an outdoor swimming pool with a bar-terrace. The hotel is in very good condition. Last renovated 6 years ago. Established operating period is 180 days/year. * The photo does not correspond to reality.
76 bd 35,553 sqft lot 21,657 sqft Lloret de Mar 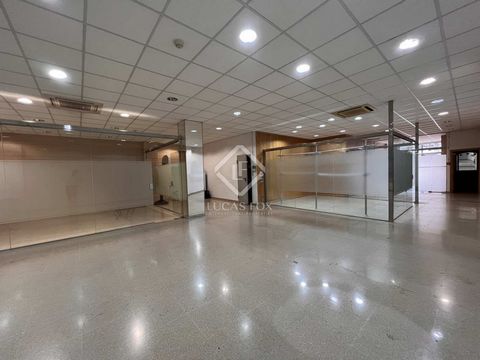 USD 540,339
Lucas Fox presents this great opportunity, a local for sale in one of the main streets of the city of Mataró, in a residential and very commercial area. It enjoys good communication, both urban and interurban, close to the Mataró Parc shopping center and the C-32, the Mediterranean motorway that connects directly with Barcelona, 26 kilometers away. It has an area of 590 m² and eight meters of façade with three mechanized stainless steel entrance doors. It is located on a pedestrian street and has its own ford and two loading and unloading areas on both sides of the street. The premises have several stainless steel and glass offices, a toilet, storage room or warehouse and are equipped with an air conditioning and heating installation, a fire hydrant and smoke detectors, air vents, a fire alarm and two fire exits. emergency. The premises offer various uses for commercial activity and business and investment possibilities: offices, services, commerce, restaurants, supermarkets, recreation, health, education, administrative, welfare, socio-cultural, sports and storage. It is a space with a magnificent location and infinite investment possibilities.
4 bd 6,351 sqft Mataró

USD 3,100,054
Completely renovated building for sale with a privileged location in the heart of the historic center of Barcelona, just a few steps from the emblematic La Rambla, the Grand Theatre of the Liceu and the famous La Boqueria market. Lively area with all the necessary amenities and excellent transport connections. Constructed area - 787 m2 (excluding terraces) Plot area - 162 m2 Ground Floor + 4 Floors + Penthouse There are 2 commercial premises, 9 furnished apartments, 1 storage room, a large entrance hall and a lift. Delivered with current short-term contracts and profitability of 6%. * The photo does not correspond to reality.
8,471 sqft lot 1,744 sqft Barcelona 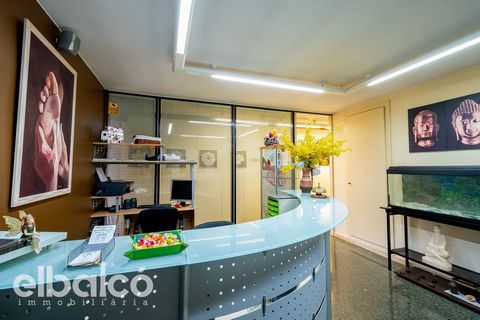 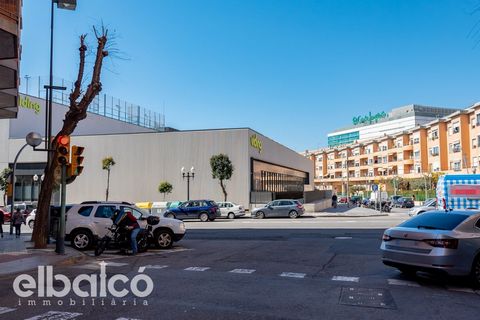 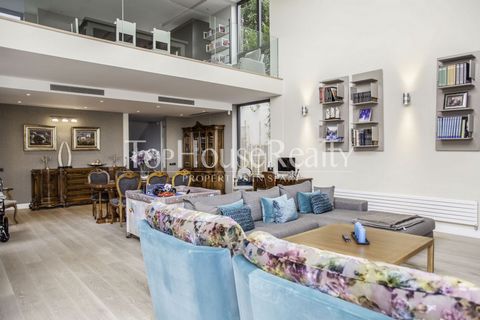 USD 465,008
This impressive commercial unit with a garden. It is the most special unit in the building. It has five-meter high ceilings. This open-plan commercial unit is ideal as a workspace due to its generous dimensions and private terrace. It is an ideal place to invest and have your own work area and why not, also your residence, being able to custom design the space. Its high ceilings give a very pleasant feeling of looseness, original stone building with a stately entrance and stone slab floor, completely recovered and with new installations, all eco-efficient. Undoubtedly, it is ideal to invest as a first home and as a workspace. Do not hesitate to make an appointment to check the dimensions and the great location. Purchase taxes not included in the price. * Location* The building is located in the emerging neighborhood of El Raval, which is next to the old Gothic quarter, south of La Rambla. Thanks to its central location and proximity to the main tourist attractions, the previously poor neighborhood has undergone major changes in recent years: new art galleries, designer shops, restaurants, and bars have opened. Close to the famous pedestrian Las Ramblas boulevard, centre of Barcelona. There are thousands of possibilities for tourism and shopping nearby. Also, walking along Las Ramblas, you can see historical and interesting buildings until you reach the famous Plaza Catalunya square, which is at the end of La Ramblas, opposite to this you can walk to the MaremÃ gnum shopping center, L'Aquiarium, The luxury Port Vell and also the Barceloneta beach to enjoy the entire coastline available where there is a huge variety of restaurants, shops and interesting places to visit.
1,249 sqft Barcelona
Create a property alert
Your search criteria:
FRANÇAIS ESPAÑOL PORTUGUÊS POLSKI NEDERLANDS ROMÂNĂ
ITALIANO ENGLISH DEUTSCH SVENSKA РУССКИЙ