Houses and apartments for sale : Alcáçovas

USD 459,286
COUNTRY COTTAGE VALE NORTE  - Ready for production Alcáçovas - Viana do Alentejo - District of Évora LOCATION AND CONTEXT The property, of 3.85 ha, - 10 Ac aprox -  is located at less than 1 km aprox. - from the northern perimeter of the village of Alcáçovas, an easily accessible area, 1:20 hour from Lisbon. A safe investment option, considering the notorious increase in demand for farms and estates and for multifamily spaces one hour away from the airport, close to the beach in full contact with the best experiences that Alentejo can provide. Potential for rural tourism projects. There are no residential houses within 500m - 550 Yd - and the surrounding land is traditional olive groves and scattered cork oak forest. The land hosts an aromatic herb production from 2012 to 2020, certified in organic mode by ECOCERT. The village of Alcáçovas is a historical village, as it was there that the Treaty of Alcáçovas was signed on September 4, 1470, between the Catholic Kings and D. João II. In practice, the kingdoms divided the world between them from a parallel passing through Cape Bojador. What audacity! The existing territories that would be discovered to the north would remain with Spain and to the south with Portugal. Later, with the Treaty of Tordesillas, this agreement between the two powers was reinforced, explaining why America is Latin, why Brazil speaks Portuguese, and why Spain had no colonies in Africa. The main house of rural architecture typically Alentejo Portuguese alem has a "Monte" of 100m2 - 1100 sqf - with vaulted ceiling - Hi Ceils - and traditional chimnery - Fp - . It also has a cowshed + stables + 3 stables.  *  Automatic gate *  200 meters of stream with walled banks. *  Wooden house 25m2 - 270sqf - mini equipped Kit, Ba, Br in MF and FP. *  2 norias + 3 wells + 2 water reservoirs *  1 irrigation tank (possible Pl) 12mx8mx1.20m = 115M3. (30,000 Gal.) *  1 irrigation cabin, electrovalve system, 6 sectors + fertirrega deposit for cost             reduction and crop improvement. *  6 cultivation plots with automatic irrigation. *  100 olive trees approx. + traditional, untreated olive grove (Org) =1 ton (+/-) of          olives and olive oil for family consumption and/or commercial "Prestige". *  Possible increase in production. *  A millennial olive tree. The property has many trees, such as ash, cork, holm oak, a hawthorn, lemon, orange, quince, pear, mulberry, pomegranate and fig trees. For more information contact us and visit our web spcimobiliaria.pt
5 bd 4,521 sqft Alcáçovas With a contemporary architecture project, by architects Luís Cordeiro and João Mourão, created specifically for that hill and resulting from a careful look at how to inhabit the Alentejo interior. Located on a valley of wetlets and a water dam, Monte Novo da Lameira, is ideal for housing itself as a secondary. Monte Vale Lameira has 6 bedrooms, 5 bathrooms, living room, dining room, and an excellent fully equipped kitchen, laundry. It also has a swimming pool and a huge area that surrounds it, to be able to enjoy nature. It has riding stable, boxes for horses, kennel, house of caretakers,  There is the possibility of increasing the construction area and/or transforming it into rural tourism.
6 bd 4,994 sqft lot 1,614,587 sqft Alcáçovas 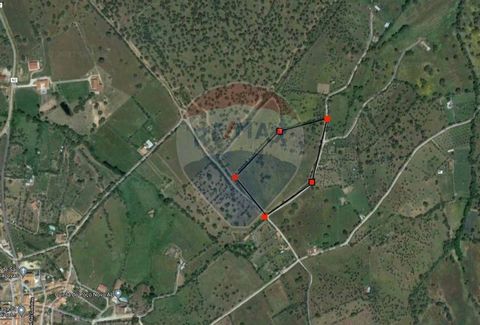 Building for services of modern architecture, on one of the main streets (N2), in Alcáçovas, Évora. Intended for services, this two-storey building has a deployment of 370 m2 and is composed in the R / C by large hall, circulation area, cabinet, vault room, office, storage room and 2 sanitary facilities. 1st floor with a large room with 2 balconies and pantry with storage room and balcony. This sale also includes a plot of land with 246 m2 for construction. Building with good ceilings, ceilings with cork insulation, air conditioning, private garden,... Property of the bank with preferential conditions of acquisition. Come and meet and expand Your activity! Energy Rating: D #ref:3017
5,526 sqft lot 6,632 sqft Alcáçovas
Create a property alert
Your search criteria:
FRANÇAIS ESPAÑOL PORTUGUÊS POLSKI NEDERLANDS ROMÂNĂ
ITALIANO ENGLISH DEUTSCH SVENSKA РУССКИЙ