Houses and apartments for sale : Saint-Dizier-Leyrenne

USD 38,646
Traditional stone cottage in need of renovation.The interior of the house has been stripped back so the potential layout is completely flexible. On the ground floor you have one large room with fireplace and a small stone pantry / cellar. Upstairs there is space for 2 bedrooms and space for a bathroom. There is also an attic which could be renovated to create extra living space. The 571m2 garden surrounds the property with gated access from the front. Electricity and water on site.
2 bd 861 sqft lot 5,716 sqft Saint-Dizier-Leyrenne 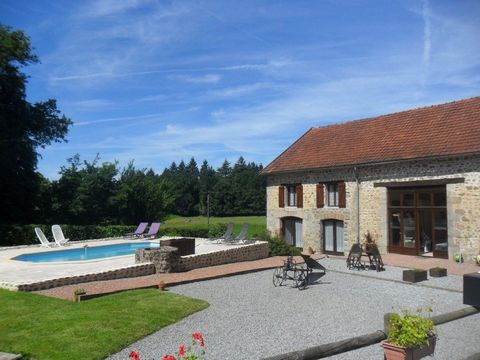 USD 405,243
Two stunning barn conversions with four luxury gites and separate owners accommodation centered around a fabulous swimming pool. In a small hamlet, only 10 minutes from town, the property has been beautifully designed by the current owners with an excellent eye for use of space, high end finish yet still maintaining character and charm of the buildings and individuality. There are four separate gites in total each sleeping four. Guests have access to a large indoor games room and laundry area. Outdoors the grounds offer private terraces with bbq, wonderful uninterrupted countryside views and a large in-ground pool. The owners have their own private accommodation with a kitchen dining area, lounge, bedroom, bathroom and private garden. This is a great opportunity to own a profitable, long established business needing no work. Just move in and start living the good life ! Price including agency fees : 377.500 € Price excluding agency fees : 356.133 € Buyer commission included: 6%
9 bd 4,155 sqft lot 19,127 sqft Saint-Dizier-Leyrenne 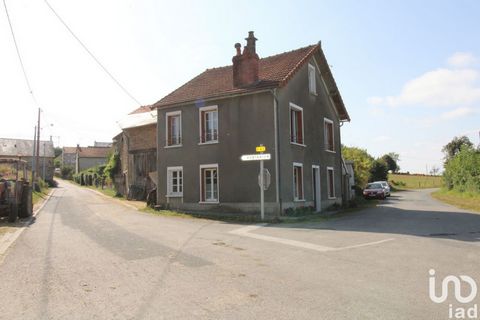 USD 173,906
Saint-Dizier-Masbaraud is a new commune in the Creuse department that was created only two years ago, following the union between the two communes of Masbaraud-Mérignat and Saint-Dizier-Leyrenne. As you can imagine, the place is beautiful, in the heart of the typical wooded hills of the region with Lake Leyrenne also picturesque. On site, a pharmacy and a very practical supermarket await you. Ten minutes by car is enough to get to Bourganeuf where you can find everything you need for the rest, including a hospital. As you can see from the photographs, the house is in impeccable condition. It must be said that it was built in 2009! The 5 rooms on 100m² are therefore all impeccable, spacious and bright. The living room with its glass door and the large bathroom, in particular, are of absolute comfort. We also greatly appreciate the garage/basement as large as the rest and waiting for you to realize its full potential. Handyman, gardening enthusiast, collector... Your imagination here will be the only limit. Gardeners will particularly enjoy this house, thanks to the perfectly maintained garden for a plot of 860m² in total. Do not hesitate to contact us to come and visit it. You will be charmed for sure.
3 bd 1,076 sqft Saint-Dizier-Leyrenne Superb Three Bedroom House St Dizier Leyrenne Creuse Limousin France Euroresales Property ID – 9825152 Property information: For sale is this superb 3-bedroom, 2-bathroom Semi-detached property. The property is only walking distance the nearest small village. The property supports beautiful views with a south facing patio and garden. It is only under 1 hours' drive to Limoges airport. This house is situated in a beautiful village with all amenities close by. The property is beautiful and presents a private aspect with stunning views of the countryside. There are steps up to a terraced area, with beautiful views of the French countryside, leading to the entrance of the property. From there a nicely set out hallway door, to Lounge which is nicely decorated, laminate flooring and a new wood burner. The kitchen is fully fitted with a breakfast bar, office area and door off into a nicely tiled modern shower room, with views of the garden. Dining room is beautifully decorated, with laminate flooring and views of the garden area. From the hallway there is a staircase up to the 3 bedrooms and bathroom, all beautifully decorated with stunning views of the countryside. The stairs to the loft area are situated on this floor. The garden has a patio seating area to the rear of the property, mostly laid to lawn. There is also private off-road parking, that could easily house a motorhome and car or van, (there is also a cave accessed from the garden area). There really is nothing to do to this property other than move in, it has been tastefully decorated throughout, benefits from double and secondary glazing. The fosse septique was installed and up to norms 2015. Situated within walking distance of the village St Dizier Leyrenne 23400 with basic amenities. Under 1hr drive to Limoges airport with daily flights to and from major UK airports. Under 10 minutes' drive to the medieval town of Bourganeuf 23400 with schools, colleges, hairdressers, bakers, butchers, chemist, banks, dentist, hospital, vets, post office, restaurants, bars and a lot more to offer. The property could be used either as a holiday home or as a permanent residence. A superb opportunity for those interested in owning property in this superb area within Other Information: Bedrooms – 3 Bathrooms – 2 Reception rooms – 1 Plot – 2190 sq metres Furnished – No Distance from Airport – 1 hour Character property Double glazing Electricity on site Private parking Water on site Well Wood burner(s) About the Area: Saint-Dizier-Leyrenne is a former commune in the Creuse department in central France. On 1 January 2019, it was merged into the new commune Saint-Dizier-Masbaraud. Creuse is part of the region of Nouvelle-Aquitaine and is surrounded by the departments of Corrèze, Haute-Vienne, Allier, Puy-de-Dôme, Cher, and Indre. It is in the Massif Central and permeated by the Creuse and its tributaries. The river is dammed at several locations both for water supply and hydroelectricity generation. As is typical for an inland area of continental Europe, Creuse has relatively cold winters with some snowfall into April, but also hot summers. Rain falls throughout the year because of the relatively high elevation. The topography is principally rolling hills intersected by often steep valleys. The terrestrial ecology is typically cool temperate with a species mix common in the western UK: with oak, ash, chestnut, hazel and Prunus species dominating the woodlands. There are no commercial vineyards. Much of the farming is beef cattle: Charolais and Limousin, and also sheep. A historically rich and traditionally rural rather lightly populated area with beautiful preserved landscapes, ancient and typical art de vivre, original stone architecture, no major urban center and many heritage site such as castles, abbeys and Celtic stone monuments: the Creuse department has become a Green tourism destination since the late 1990s. Creuse enjoyed a temperate climate with mild springs and autumns, rather cold and snowy but sunny winters, and relatively warm and sunny summers, but not as hot as in the southern parts of France. Thanks to its preserved forested landscape, little pollution and wonderful stone buildings, many foreigners (notably British and Dutch, but also German and Belgian) have sought to buy holiday homes in Creuse. The major tourist attractions are the tapestry museum in Aubusson and the many castles, notably those of Villemonteix, Boussac, and Banizette. The monastery of Moutier-d'Ahun has exceptional wood carvings from the 17th century. (fr: Abbaye de Moutier-d'Ahun). After World War 1, some towns in France set up pacifist war memorials. Instead of commemorating the glorious dead, these memorials denounce war with figures of grieving widows and children rather than soldiers. Such memorials provoked anger among veterans and the military in general. The most famous is at Gentioux-Pigerolles in the department (see picture on the left). Below the column which lists the name of the fallen, stands an orphan in bronze pointing to an inscription ‘Maudite soit la guerre' (Cursed be war). Feelings ran so high that the memorial was not officially inaugurated until 1990 and soldiers at the nearby army camp were under orders to turn their heads when they walked past. The Chapelle du Mas-Saint-Jean is in Saint-Sulpice-le-Dunois. A local legend declares that Joan of Arc prayed there in about 1430. Guéret, Creuse is also home to a large nearby animal park named Les Loups de Chabrières containing some of France's few remaining wolves, held in semi-captivity. It includes 24 European Grey Wolves, two Canadian White Wolves and two Canadian Black Wolves in five enclosures. Motor racing Mas du Clos It is twelve kilometers from Aubusson at the foot of the family castle of Saint-Avit-de-Tardes Pierre Bardinon creates all pieces in 1963. Contact Euro Resales Ltd for more information. If you need to buy or sell property in France fast contact us today.
3 bd 23,573 sqft Saint-Dizier-Leyrenne
Create a property alert
Your search criteria:
FRANÇAIS ESPAÑOL PORTUGUÊS POLSKI NEDERLANDS ROMÂNĂ
ITALIANO ENGLISH DEUTSCH SVENSKA РУССКИЙ